Twenty-five years after its founding by Ronald and JoAnn Riley and sons Brad and Randy, Southern Michigan Rubber continues as a thriving business in southwest Michigan, just east of Jones along M-60.

“Weve been so blessed,” said Marel Riley-Ryman, daughter of the founders and Director of Operations for the business.

The company produces a variety of rubber products for its industrial customers, and employs about 25 people at its single site. A major fire stuck the company in June of 2013, endangering its continuing operation, but all employees escaped the building and a firewall contained damage. Although 70% of their Lathe facility was burned to the ground, production continued and the SMR has since fully rebounded.

“We were back to 100% within eight months after the fire, keeping all of our employees working the entire time” Riley-Ryman said.

The company held an open house when business had returned to normal, and for its anniversary celebration day last week gave tours to the invited guests who stopped in as celebrants and well-wishers. 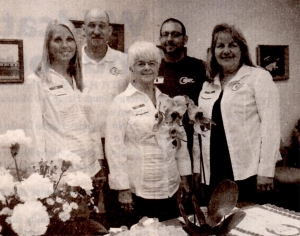 Anniversary celebration
The 25th anniversary of Southern Michigan Rubber was celebrated April 30 by members of the founding/owning family and numerous guests who stopped by to offer congratulations. The Riley family, from left: Jaime Schroeder, Drew Riley, Joann Riley, Jim Riley, and Marel Riley-Ryman. 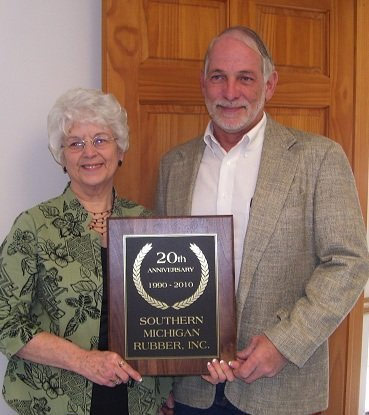 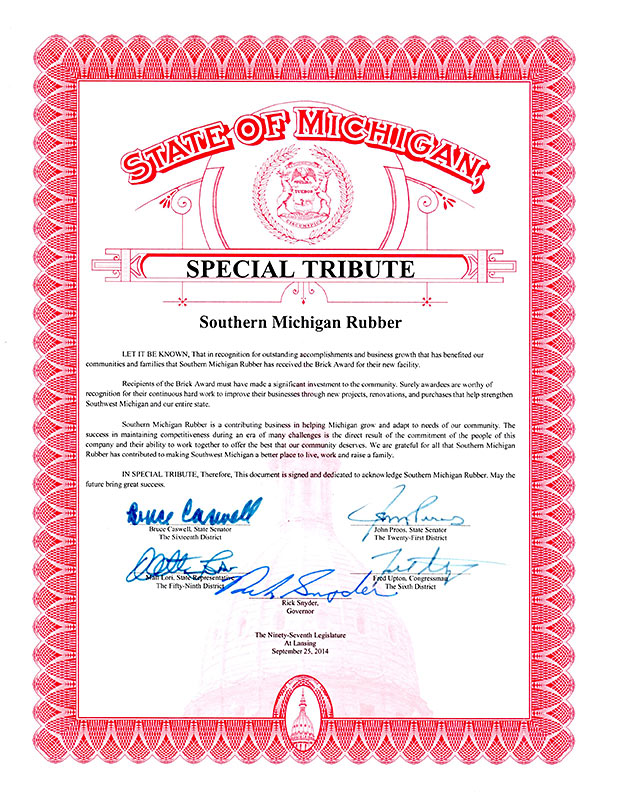 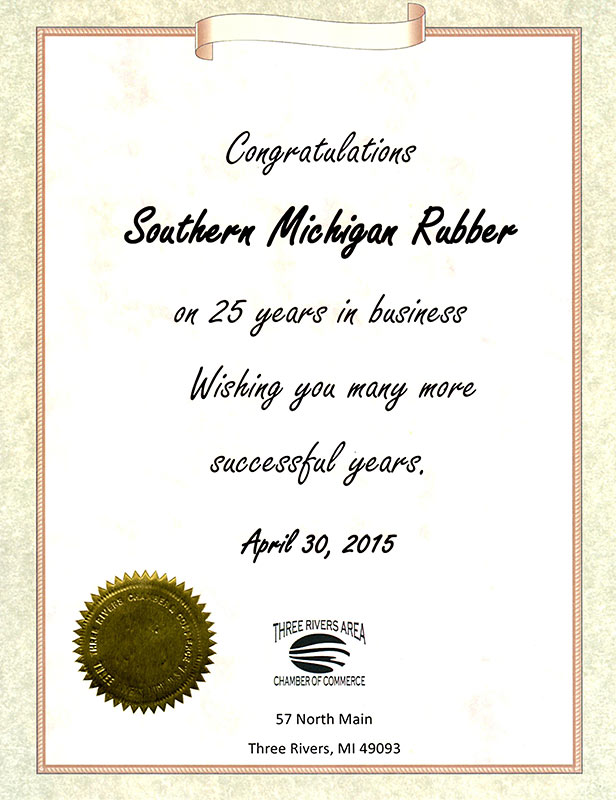 The State of Michigan awards the Brick Award (above)

Recipients of the Brick Award must have made a significant investment to the community.  Surely awardees are worthy of recognition for their continuous hard work to improve their businesses through new projects, renovations, and purchases that help strengthen Southwest Michigan and our entire state.

Southern Michigan Rubber is a contributing business in helping Michigan grow and adapt to needs of our community.  The success in maintaining competitiveness during an era of many challenges is the direct result of the commitment of the people of this company and their ability to work together to offer the best that our community deserves.  We are grateful for all that Southern Michigan Rubber has contributed to making Southwest Michigan a better place to live, work and raise a family.